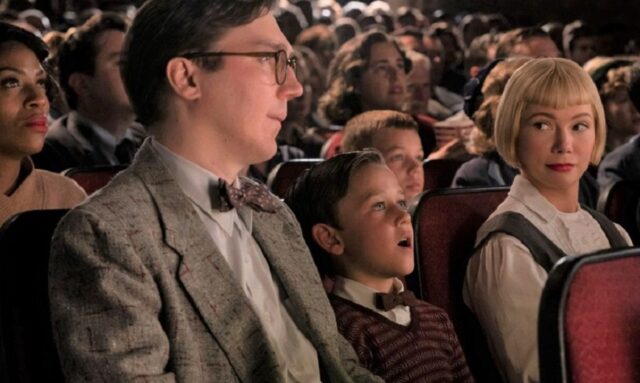 The 2022 will certainly not be remembered as a magical year for the cinema. In the various annual rankings we always see films that somehow “remain” in the collective imagination of enthusiasts or casual spectators. This time there is very little to remember, even if some works, few, are worth seeing and perhaps seeing again for their emotionality, style and originality.

It must be said that some of the most interesting films are branded 2022, but will be released in Italian cinemas in 2023, and at the moment we only recommend things seen on the big screen or on platforms in this year. We will definitely consider for the next ranking cool movies like TÁRwith an immense Cate Blanchett, The Whale and The spirits of the island, who have won and will win important prizes. We will also reevaluate in Italy, given that in the USA it was a great success, Everything Everywhere All at Once and the two already cult genre X: A Sexy Horror Story and its prequel Pearlboth by Ti West.

We propose here seven titles, in no particular order, which according to the writer have somehow left their mark on this year where two blockbusters with obvious success reigned at the box office, such as Avatar – The way of water and Top Gun: Maverickwhich fortunately brought many people to theaters around the world.

The Fabelmans Of Steven Spielberg 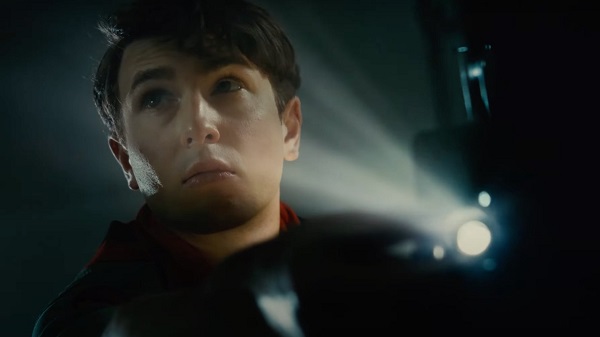 An intimate and moving gem dedicated to all those who certainly love the director and cinema in general. A more or less autobiographical film, with some details slightly different from reality, which tells how Spielbergsince he was a boy, he approached the seventh art thanks to the passion and energy of an emotional and insecure mother and somehow also of a more calculating and “stable” father.
Young Fabelman, i.e Spielbergbegins with a small Super 8 to first tell her family on film and then real stories with the help of her sisters, her father and friends, giving the first signs of a genius capable of staging a poem and a technical ability that will be understood not long after.
The Fabelmans it is a magical tale, however, accompanied by sad moments of common life that formed the great director we all know as a whole. Memorable meeting of the protagonist with John Ford, played by a perfectly fitting David Lynch. 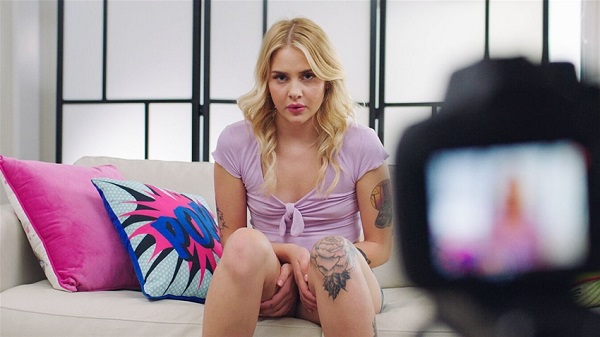 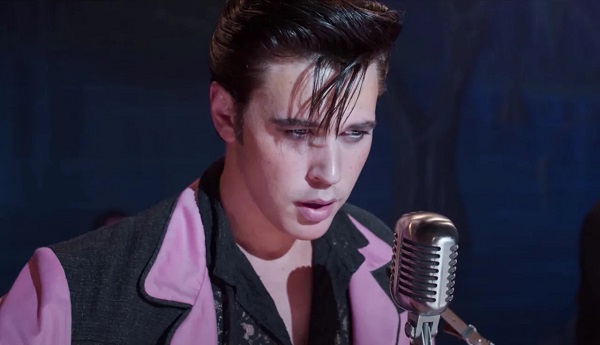 The glam images, the colors, the baroque style are the hallmarks of Baz Luhrmann. They may like it or not, but it’s his unique and recognizable narrative style. Elvis Presley is told through the visual talent of a director who with this work manages to show us a life of which we all know the details to a certain extent, but without ever trivializing it.
The first 10 minutes are a succession of pyrotechnic images that tell some passages of the rise and fall of the myth Elvis and Colonel Parker, the demonic shadow behind the angelic face of a true King of music. In the world halfway between biography and fantasy, Luhrmann tells us about when Elvis signs the contract with the manager Parker in the same way in which a poor soul makes a pact with the devil and how from that moment on these two entities have never been able to detach themselves, effectively becoming a single body .
Needless to say the soundtrack is extraordinary, as is the actor Austin Butlerwho has the arduous task of bringing a myth with all its nuances to the stage and who proves to be even better in the second part of the film with the big concerts in Las Vegas and the exhausting physical and mental decline of his character. Tom Hanks as Colonel Parker is unexpected and masterful. 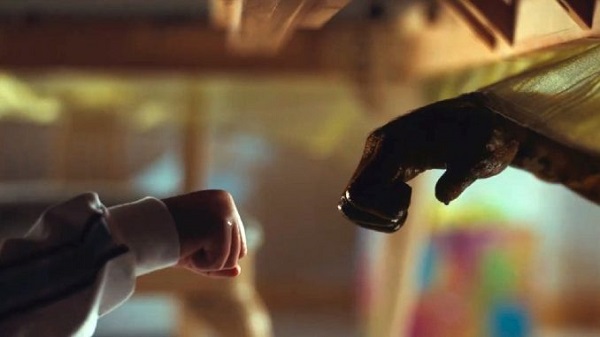 In this third work by the director there is undoubtedly a good mix of Spielbergian elements, with references to Close encounters of the third kind and above all to The sharkand clearly all shades of social thriller that Jordan Peeleafter Escape – Get Out and Wemanages to convey by always addressing different themes.
There is the adventure and the surprise of supernatural elements, there is the theme of appearing at all costs and the search for the fictitious popularity that all the protagonists seek to change their lives. In Nope we have two stories: that of a brother and sister who, to solve a debt problem and find popularity, decide to capture images of a flying saucer circling over their farm and that of a former child actor who survived a massacre many years earlier happened at the hands of a monkey on the set of a famous sitcom who tries to recycle himself with the management of a small amusement park.
peele creates with this film a very personal rhythm and a series of references to the old science fiction cinema making it completely new. The significant part dedicated to the monkey is inspired by a true event that makes everything even more disturbing. Nope is a film of many nuances that brings forth new meanings with every viewing.

Nothing new on the western front Of Edward Berger 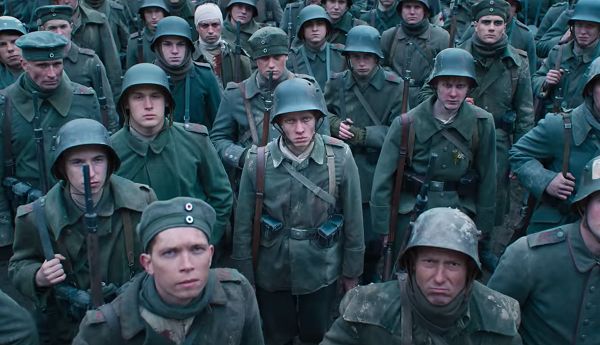 Movie Netflix which certainly deserved a big screen viewing, not only for the spectacular images, but also to empathize even more with the tragedies that overwhelm the protagonists on the front lines during the “Great War”. There are the young recruits of the German army convinced by the glorious words of propaganda, but the romantic view of the conflict changes within minutes of arriving at the front. The blood and horror of battle overwhelm the stories of these boys who see their lives stop in the mud of the trenches.
The director makes the third film adaptation of the novel by Erich Maria Remarquebut it seems more inspired by Horizons of glory Of Stanley Kubrickbetting a lot on the obtuseness of the military world, made up of the upper echelons who don’t have the slightest respect for human life, and following the political negotiations of those few and unheard officers who seek peace.
Exceptional music composed by Volker Bertelmanwhich with sharp rhythmic sounds perfectly outlines the most intense moments of the film, which are not necessarily those on the battlefield.

The director of great films such as Magnolia, The oilman, Boogie Nights – The other Hollywood returns to tell a non-ordinary romantic story like its previous one Drunk on love of 2002. It combines fictional characters with others who really existed in the 70s, such as producer Jon Peters played by Bradley Cooperand creates a tender and surreal world of great songs and water mattresses.
Gary (Cooper Hoffman) is fifteen years old and falls in love with Alana (Alana Kane) who is twenty-five. It seems like an impossible relationship, but slowly not only do the two start dating, but they also start sharing bizarre work experiences and out-of-the-ordinary adventures.
Anderson retraces the places of his childhood through a story full of poetry, without worrying too much about a narrative linearity that gives the film a lightness similar to a warm embrace. They are also in the cast Tom Waits and Sean Penn. 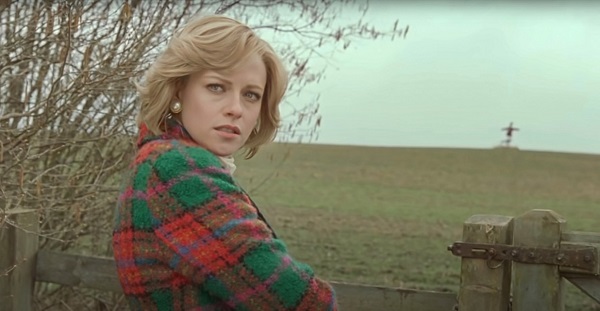 It’s not the true story of Diana, is an imaginative hypothesis of what may have happened during the hours enclosing the Christmas period of 1991 between the Princess, Charles, Queen Elizabeth II and all those present on those days, servants and cooks included. There is a Diana who doesn’t follow the rules of the “kingdom” and feels imprisoned in a role that doesn’t belong to her. Her clothes are different and the ones he doesn’t like if she rips them off. She lives only for the love of her children and takes refuge in the ghosts of the past, which appear almost like in a horror film.
Larrain defined his film as «a fairy tale taken from a true tragedy» and this somewhat encloses the meaning of a life that finds more freedom in a car ride to the rhythm of All I Need is a Miracle by Mike + The Mechanics.
Detractors have lashed out unreasonably over the interpretation of Kristen Stewartin the role of Diana, who is actually perfect and rightly ended up with an Oscar nomination for best actress.

Cinema, the magnificent seven of 2022 – Spettakolo.it