The international success of ‘Coffee with the aroma of a woman’ caused a good part of his followers to surrender to the figure of William Levy, his male lead. However, one of the emblematic journalists of our country He had no qualms about showing his crush on the actor. after months sharing their “platonic love” Through social networks, Mercedes Milá was commissioned to interview him.

Movistar+ decided that this conversation should be recorded and broadcast to be part of its catalog; in fact, it was one of the products that they presented at the FesTVal de Vitoria. The press conference began with Jorge Ortiz de Landázuri, a member of the platform’s Executive Production, recalling its premiere date for Monday, September 12 in #0 at 10:30 p.m.: “It was a hot recording because it was so hot.” It should be noted that it will also be available on demand without the need for a subscription. 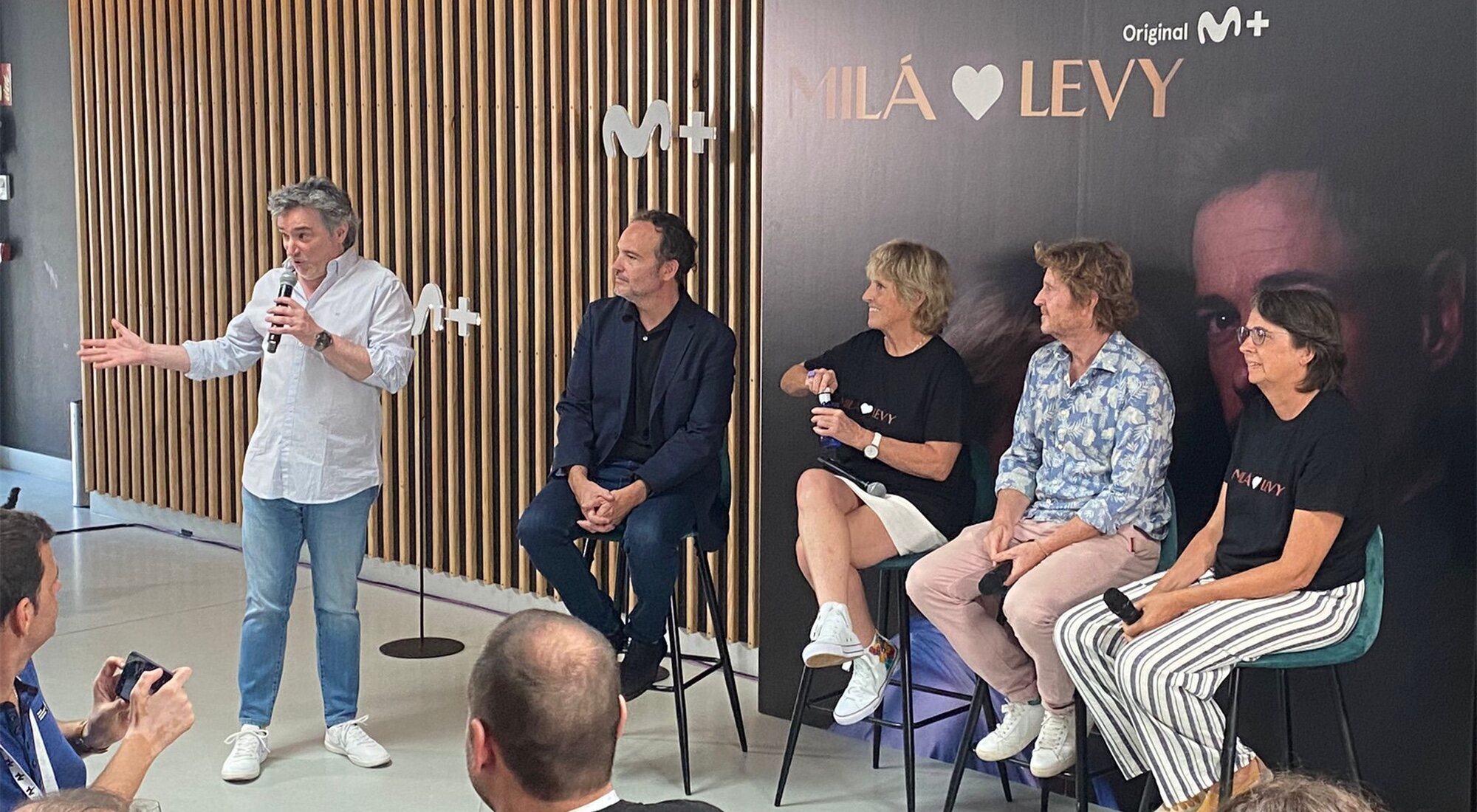 However, Mercedes Milá remarked that this reflection had to do with the “forty degrees” that were on the set: “It is very unpleasant to do an interview in such heat.” Some time later, in a humorous tone, he addressed his superiors: “It is a luxury production, which I do not know to what extent Movistar has valued as such… You had in your hands a jewel that you did not expect. William is not easy to have, but he fulfilled the word that he gave me,” he sentenced.

Mercedes narrates how the interview was conceived

“The story is simple, a love story on my part, not on yours. One day by chance, while surfing, I saw a supernatural man. I kept looking for things from him and I became more and more interested. That’s how I got to ‘Coffee with the aroma of a woman’. It gave me a little shock to see him in one series of eighty chaptershad a certain contradiction”, continued exposing the former presenter of ‘Big Brother’.

“My niece told me that she was watching the series, and she was excited. I started talking about William on Instagram and I congratulated his mother for giving birth to such perfection. He answered and we asked for a live interview, but he told me that when he came to Spain he would give me an interview. But the team did not appreciate thisthey were missing a phenomenon,” he settled.

Given these statements, María Ruiz, a member of Zanskar’s Executive Production, announced that they decided to accept William Levy’s proposal: do an interview in a theater surrounded by their fans. Next, David Moncasi, director of the space, commented that Mercedes was “sublime because she gave us everything”. Mercedes’ response was forceful: “It’s not an interview, it’s a sprawl, a stream of emotions. When I finished I didn’t know if it was a mistake or it was ok“.

Jorge Ortiz maintains the will that Movistar+ communicated since the journalist joined the platform. In fact, “do more things with Mercedes” was what convinced them to carry out this very special interview. Its start-up was conceived while the third season of ‘Mila vs. Mila’. “It is a program with many layers. The viewer can understand how we were and how we are now,” he concluded.

Movistar+ presents ‘Milá y Levy’: “I congratulated her mother for giving birth to such perfection”