A new year arrives and with it comes all a wave of new releases televisions to enjoy the 365 days ahead of us. At least that is the premise of most platforms and, in this sense, HBO Max was not going to be different. With premieres scheduled for all seasons and the landing of new episodes of the most established series in its catalog, it looks like 2023 will be a powerful year for the platform owned by Warner Bros. Discovery.

There will be crimes, suspense, comedy, black humor and various adaptations to the small screen, be it books or videogames. There will also be room for Spanish fiction and, although not all of these series have an exact date for their premiere, it does seem that we will be able to get an idea more or less of what time of year their arrival on the platform is scheduled for. We also remind you that you can always consult our updated release schedule so that yes or yes you don’t miss anything. 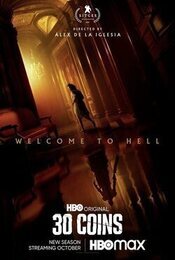 Álex de la Iglesia returns to HBO Max with the second season of the series that has given him so much national and international recognition since its premiere in 2020. In this new batch of episodes, the macabre and the surprises in the form of enigmas, appearances and disappearances will continue to be the dominant tonic. True to its essence of mystery, black humor and with the supernatural as a key axis of the story, ’30 coins’ is one of the essentials of the platform’s catalog at a local level. The cast is reinforced in this second season with Najwa Nimri and Paul Giamatti. 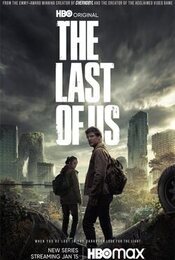 It is one of the most anticipated releases of the year. And it is that the television adaptation of the popular video game finally arrives on the streaming platform on January 16. Fans of the game have been waiting impatiently, but now there are only days left until the Joel and Ellie post apocalyptic story come to the small screen. Set two decades after civilization as we knew it was destroyed, the plot centers on Joel’s work to protect young Ellie in a hostile world. That purpose becomes a crazy race full of obstacles in which the two protagonists will only have each other to get ahead. Pedro Pascal and Bella Ramsey lead the cast of ‘The Last of Us’. 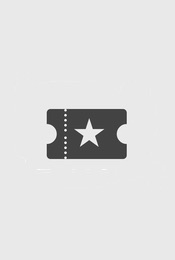 David E. Kelley returns to collaborate with Warner Bros. Discovery after the successes of ‘Big Little Liest’ and ‘The Undoing’. In ‘Love and Death’, Elizabeth Olsen sheds her Scarlet Witch costume to get into the skin of the sinister Candy Montgomerywhom everyone regarded as a devoted mother and submissive woman from Texas in the eighties and who would end up becoming popular in the United States for crime with an ax Betty Gore, his lover’s wife. That would earn her the nickname “the ax murderer.”

this 2023 Álex de la Iglesia will double on HBO Max, because to ’30 coins’ the filmmaker will add ‘Monkeys with a gun’. This comedy, the brainchild of the director and Carolina Bang, delves into the hidden face of the football world that many presuppose, but that in reality few know. Parties, money and popularity will be the main elements in the life of Beto, a former player who has become a footballer’s representative who, in this maelstrom, will face the departure of his star footballer and the decline of his personal life. The script for ‘Monos con pistola’ is written by Pablo Tébar (‘Herederos’, ‘Mar de plástico’) and Jorge Valdano Sáenz, son of ex-soccer player and coach Jorge Valdano. 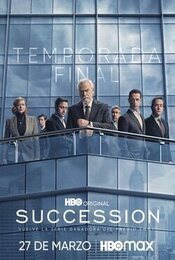 After renewing in 2021 for a fourth season, finally it seems that the followers of one of the most acclaimed fictions of HBO are in luck. And it is that, in the spring of 2023, the new episodes of ‘Succession’ will arrive on the platform. In this new batch, which will resume the situation of the Roy family after the decision that marked the end of the third season about who would take the reins of waystar companywe will see the reactions of all the members of the family and how now more than ever a bitter war between the Roys.

This series, which will be debut of singer The Weeknd on the small screen as a creator, he arrives in 2023 with him and Lily-Rose Depp, daughter of Johnny Depp and Vanessa Paradis, as the leading couple. The fiction will address the story of an aspiring music star, Jocelyn, who after a bump in her professional career falls in love with the owner of an exclusive bar who in turn will be the guru and leader of a sect. Love, drugs, alcohol, sex… ‘The Idol’ seems to have the perfect ingredients to, at least, make a splash during the year. In addition, for his development the singer has had, among others, Sam Levinson, showrunner of ‘Euphoria’and Mary Laws, screenwriter of ‘Succession’.

A new political drama will land on the platform throughout the year and will do so under directed by David Mandel (‘Veep’). The story will focus on one of the episodes that has been told the most times in series and movies in recent decades: the scandal of water gate. ‘White House Plumbers’ narrates how those who were the executing arms of Richard Nixon ended up unintentionally uncovering the scandal, when what they wanted was to continue spying on the political rivals of the then president of the United States. The miniseries, which will arrive in March, is led by Woody Harrelson and Justin Theroux.

An investigation into a failed kidnapping attempt will be the starting point of this series to bring to light old secrets that will unite diverse characters in New York society. Directed by Steven Soderbergh (“Erin Brockovich,” “Ocean’s Eleven”) and with scripts by Ed Solomon (“Men in Black,” ‘Mosaic’), the cast of the enigmatic ‘Full Circle’ is led by Claire Danes, Dennis Quaid, Timothy Olyphant, Jim Gaffigan, Jharrel Jerome, and Zazie Beetz. 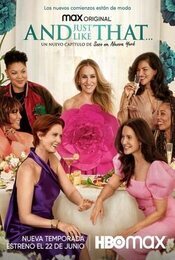 After in 2021 the most nostalgic of ‘Sex and the City’ could enjoy the adventures of Carrie and her friends a decade after the premiere of the movie “Sex and the City 2”, in 2023 the second season of this revival. Contrary to what many of his followers would like, it seems that in this new batch of episodes neither will Kim Cattrall appear in the role of Samantha. And it is that, after the statements of the actress against the cast and the rest of the team, it seems difficult that there will be a reunion of the four friends from the Big Apple. In the new episodes, the spin-off will continue to bet on diversity and will upend many of the clichés of the original series.

Others two DC Comics characters created by Neil Gaiman and Matt Wagner become flesh and blood figures thanks to the adaptation of ‘Dead Boy Detectives’. The plot will focus on three friends: two of them are dead, Edwin Paine and Charles Rowland, while the third, Crystal Palace, is alive. However, the two deceased friends will decide, instead of going to the afterlife, to stay on Earth to become detectives and investigate crimes linked to the supernatural world. The creative team of the series is led by Steve Yockey, who repeats with the platform after ‘The Flight Attendant’. 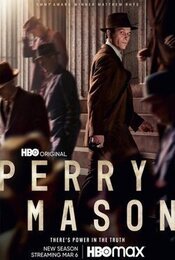 It has been made to beg, but after two and a half years of waiting, finally the followers of ‘Perry Mason’ will be able to enjoy the second season of the fiction starting on March 7. In the new installments, and with the Great Depression in the United States as the underlying problem, a new case will arrive at the protagonist’s law firm when the the murder of a member of one of the most important oil familieswhich will push the protagonists to uncover a web of conspiracies that will put Mason’s conception of justice to the test. 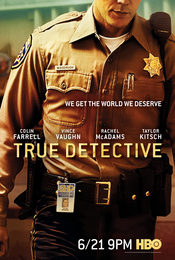 With the Return as Jodie Foster’s Lead to the small screen after decades away from her, ‘True Detective’ will kick off its fourth season throughout 2023. In it, the actress will get into the shoes of detective Liz Danvers, who, along with her compañera Evangeline Navarro, must resolve the disappearance of several men in a secluded spot. What seemed like just another mystery case will become a litmus test for the leading couple, since to solve it they will have to face their own fears. Beyond the argument and the incorporation of the interpreter, this season stands out for being the first not designed by Nic Pizzolatto since its creation. Despite the fact that he will continue as a producer, to replace him at the head of the script and direction comes the Mexican Issa López.

It has had an eternal pre-production, but finally the new series starring and produced by Robert Downey Jr. will reach the small screen. The story, based on eponymous book by Viet Thanh Nguyenwill focus on the figure of a half-French and half-Vietnamese spy who, in the last throes of the conflict in the Asian country during the 1970s, see how your destiny changes. Hoa Xuande will give life to this complex character, while Downey Jr. will do the same with multiple secondary. For his part, Park Chan-wook (“Oldboy”) acts as showrunner alongside Don McKellar (“Blindly”). 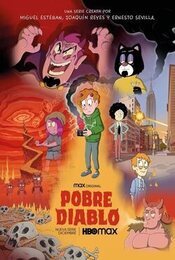 A little over a year has passed since its announcement and, after much waiting, it seems that 2023 will finally be the date chosen to launch the first adult animated series commissioned by HBO Max in Spain. ‘Poor Devil’ is about Stan, an apparently normal boy who, while dreaming of a career in music and on Broadway, has the mission of fulfilling his antichrist role. He has little left to complete 666 months of life, at which time, as Antichrist, he is expected to sow chaos and terror in the population. Behind the creation of the characters are Ernesto Sevilla, Miguel Esteban and Joaquín Reyes. Ignatius Farray, Carlos Areces and Verónica Forqué also appear among the cast, this being the last work of the actress before her death in 2021.

The most anticipated series on HBO Max in 2023

Premieres between a spy and a grump
Clara Germana Cele's True Possession Story Needs A Movie | Pretty Reel
“Return to Seoul”, “Tár”, “Forbidden to dogs and Italians”: here are the outings of the week
Tweet
Share
Share
Pin